Paul Sherwood has been farming for 30 years. In the past five years he has fully taken over the property that has been in his family since 1979: Otamauri Station, 50 kilometres west of Hastings.

“Andy, and before him his predecessor Stephen Fussell, know how to achieve the best value from our clip. What we produce is not the biggest though not the smallest consignment going through the auction. I follow the wool market, though don’t have the time or inclination to sniff out the best contract on every occasion. Andy does, as did Stephen previously. They always have a wide array of options to offer.

“I trust them to do the best by my wool. I take their expertise on board and know that they will place our wool in the highest value markets.

“It works. Andy points us in the direction of the best returns,” says Paul.

Andy Anderson agrees that the trust between Otamauri Station and PGG Wrightson has achieved some exceptional results.

“We provided Paul with a lamb’s wool contract this season, which in some cases was more than double the open market. Spreading risk for our clients delivers returns that they would not be able to achieve individually, or by placing their wool elsewhere.

“We locked Otamauri Station’s lamb’s wool in at $5 per kilogram. We also locked in a three-year flexi contract that valued the clip’s main shear ewe’s wool at more than $1 per kilogram higher than where the open market was at the time.

“Farmers find it hard to budget against the wool market’s instability. Having forward contracts helps even out the peaks and troughs. When obvious winners like this year's lamb’s wool contract come out at $5 per kilogram, farmers know it’s a no brainer,” says Andy.

Situated at the top end of Hawke’s Bay on the way to Taihape, Paul says location and altitude mean sheep will always be a dual purpose animal at Otamauri Station.

“That is one of the great reasons for their popularity through the ages, and their long term profitability. People might be allured into withdrawing from wool for short term reasons, though I am not inclined to do that myself. I see wool as a great product. I strongly believe it will click again. Wool is versatile and natural. Although at present it may not be our main priority with selecting sheep, our stock will still have wool on their backs, and we look forward to wool coming around again. That could happen quickly. Anyone who takes a short term approach, breeding sheep exclusively for meat, is cutting themselves off from the animal’s versatility.

“When I was young we used to pluck dead sheep to get the wool off them. Times change, and they are likely to change back,” he says.

Recently released under the brand Boundless available in charcoal or pink, and now exclusively available through PGG Wrightson retail stores and online, a work sock is the first product of this relationship followed by a beanie and gloves. Based on the classic Softly Softly, initially developed by Norsewear in the mid 1960s with a cushioned sole for comfort and a lighter weight upper to reduce bulk around the feet and ankles, the Boundless sock is 100 per cent produced in New Zealand.

Boundless uses a blend of the soft North Island lamb’s wool and South Island merino fibre including nylon reinforcing for the heel, all sourced through PGG Wrightson Wool Integrity partner growers. After scouring in Timaru and Napier the wool goes to WoolYarns New Zealand in Wellington for dying and spinning, before being sent to Norsewood Knitwear in the historic town of Norsewood, where the socks are produced.

Carrying the Wool Integrity brand, created by Bloch and Behrens in 2015, Boundless will be internationally recognised as meeting criteria around animal welfare, environmental sustainability, traceability and wool quality.

Wool Integrity growers abide by the internationally recognised freedoms of animal welfare: their sheep are free from thirst, hunger, discomfort, pain and disease, distress, and have the freedom to express their normal behaviour.

PGG Wrightson’s involvement at every step in the supply chain, from farm gate to retail, ensures a 100 per cent local product: part of our commitment to ensuring better returns for growers, and the wider industry.

At PGG Wrightson Wool we are pleased to facilitate and offer wool contract opportunities for our grower clients, with payments guaranteed to be on time, every time.

The below graphs look at how our Crossbred Lamb’s Wool and Flexi-Wool contracts have been performing in recent times compared with the spot market. 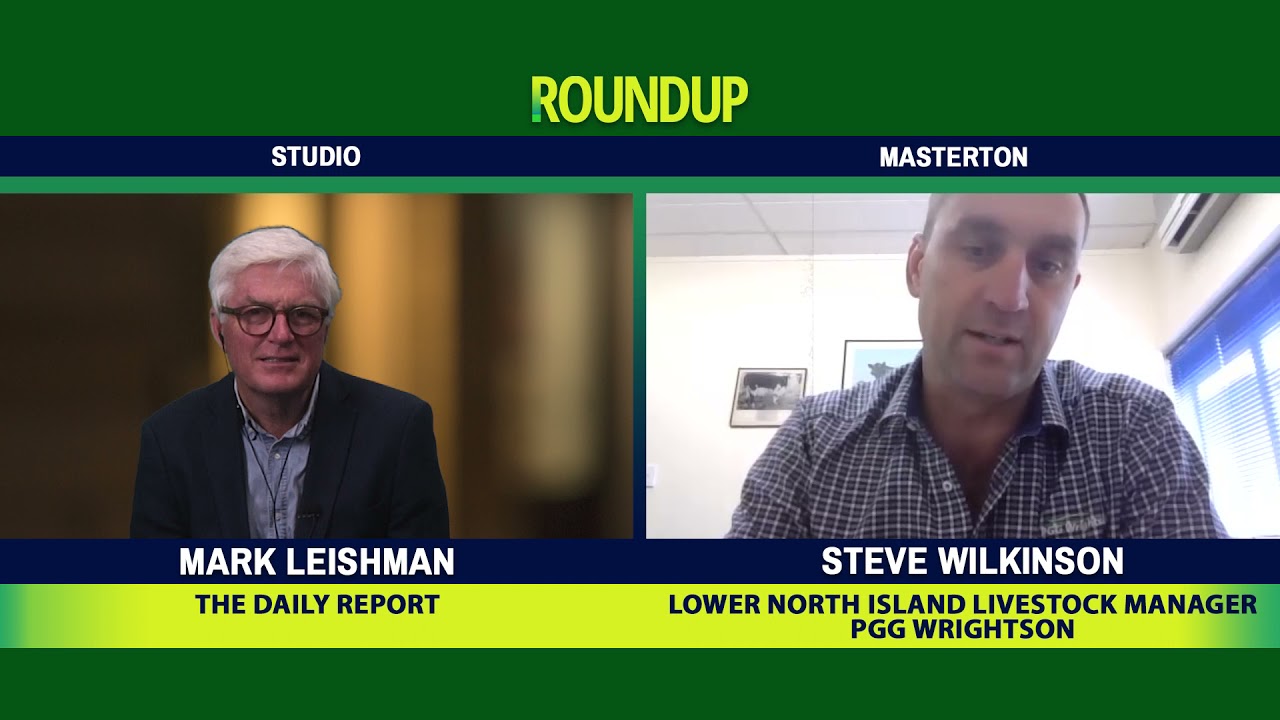 Steve Wilkinson joins Mark Leishman on Country TV to chat about weaner fairs and the situation in the lower North Island.