PGG Wrightson’s Go-Stock, which has placed over $300 million worth of livestock with farmers over the past five years, comprising 1.2 million lambs and 200,000 cattle, has now extended to deer.

Deer farmers are now able to use Go-Deer to manage cashflow around stock procurement. PGG Wrightson buys the stock and retains ownership, meaning no initial cash outlay for farmers. Farmers then graze and grow the stock before deciding, in conjunction with PGG Wrightson, when and where to sell them. PGG Wrightson pays any resulting positive trading margin to the farmer, less fees and selling costs.

Meanwhile, Go-Beef will come into focus over the coming weeks at weaner and calf sales throughout the country. If you want to use Go Beef at these sales, talk to your PGG Wrightson Livestock representative.

Deer and Velvet
Back to Latest News

Compared to venison, velvet continues to bear good news for the deer industry, due to greater consumption in South Korea and China than anticipated. A recent forecast indicated China’s economy will grow eight per cent in the coming year, compared to Europe, destination for most New Zealand venison, where the economy is set to retract seven per cent.

Deer farmers have welcomed income from velvet, opting to sell stock early, albeit prices are 15 to 20 per cent lower than last year, balanced by a positive outlook for the coming season. Logistical issues, including a three month freight delay caused by lockdowns in China’s north east regions, where most velvet enters the country, appear to be resolved.

PGG Wrightson has joined a coalition to develop a market for New Zealand velvet as a health food ingredient in China.

Working with two other New Zealand companies that export velvet to China, plus DINZ, NZTE and PCNZ, a China-registered company that represents several New Zealand food and beverage product marketers in China, the new coalition recently employed a business development manager in Shanghai, who will  approach Chinese brand-name companies willing to develop and promote products based on New Zealand velvet.

PGG Wrightson will continue to run velvet sales until mid-April. 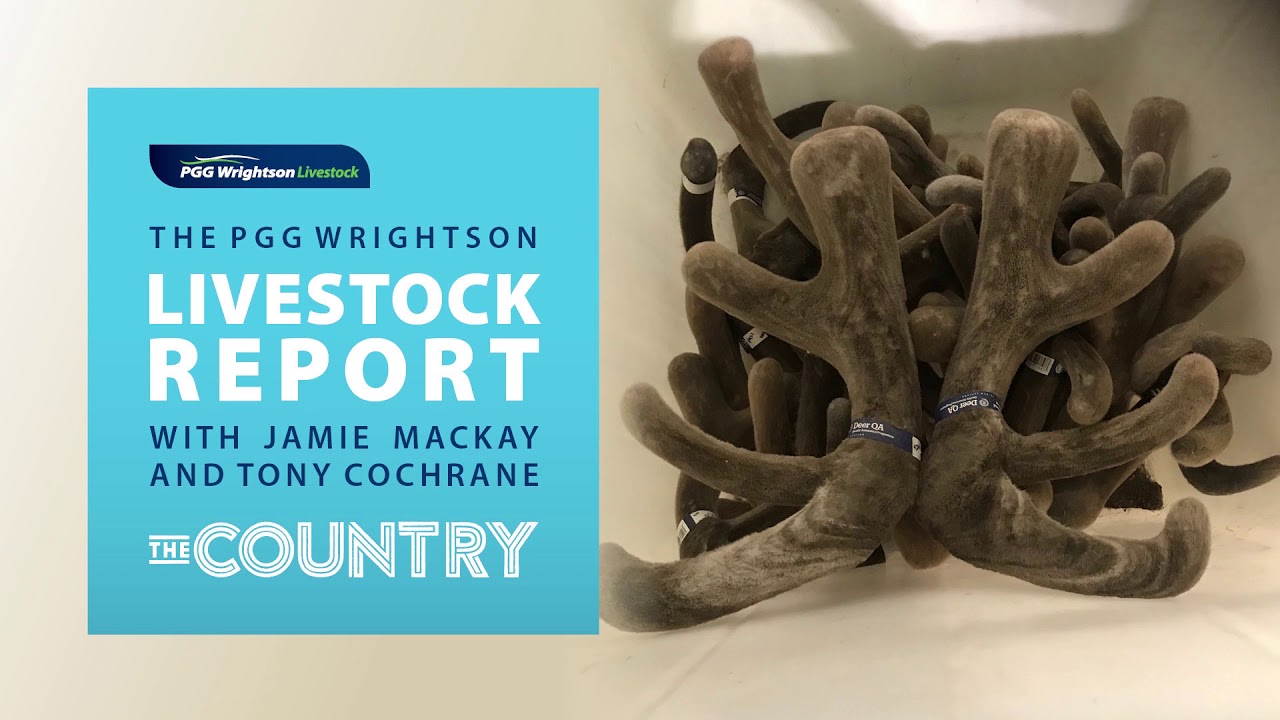 Listen now as The Country's Jamie Mackay is joined by PGG Wrightson's national velvet manager, Tony Cochrane, to talk about the fortunes of velvet versus venison.

Cochrane reflected on the dry season in the Canterbury region.

Mackay commented on the deer industry, labelling it "a game of two halves."

Velvet was doing well, while venison had suffered due to Covid19, and a third part of this industry was also having a hard time – the trophy market.

Cochrane confirmed that velvet was the cash flow that supported the deer industry at this stage.

Mackay asked if there was any hope for market growth with venison, as it was down 30 to 40 per cent on previous years and the returns were marginal.

Cochrane insisted venison had a great future, particularly with people who were invested in healthy living.

Mackay said venison was a great product and asked if there was anything that could be done at a local level to make it more accessible to the public.

Cochrane said this was more to do with transparency around export prices and New Zealand didn't have the numbers in terms of population and consumption.

Cochrane noted that New Zealand also had a reputation for having a secure deer industry.

PGG Wrightson had entered into a China velvet coalition with two of their New Zealand-based competitors, Cochrane said.

This was exciting news as China was becoming one of New Zealand's largest importers of New Zealand velvet, and was reported to grow 8 per cent this year.

Cochrane wrapped up by stating that the sky is the limit for New Zealand velvet.

Industry buoyant as prevailing trends head towards the positive

Average prices achieved by deer farmers for velvet this year are around $105 per kilogram net, compared to $128 per kilogram last season. Despite that reduction the industry is generally buoyant, with most trends going in the right direction, including production, which is increasing at a rate of 10 per cent per annum. Farmers are producing better velvet throughout the age groups, with both an increase in the weight produced, and an improvement in quality.

Grading guidelines will be subject to review over the coming months, enabling better descriptions and images for buyers and sellers. More multi-pointed heads are now in the system as spikers, or yearlings, and adults, which are producing much thicker velvet. Some producers perceive these animals having more actively growing velvet around the antler tips as an advantage. However, for the end user or processor, that translates to greater difficulty in manufacturing a product suitable for consumption with less true tip area, and possibly a compromise in the resulting quality.

Seasonal histories, tracking the performance of the velvet produced by individual clients, will be sent out during May. Over the coming months, growers will also receive more information about implementing the VelTrak tagging system, which uses a UHF chip enabling velvet to be rapidly tracked up or down the supply chain, confirming provenance, validating the integrity of New Zealand’s production systems, and further entrenching the strong reputation our velvet has established in Korea and China.