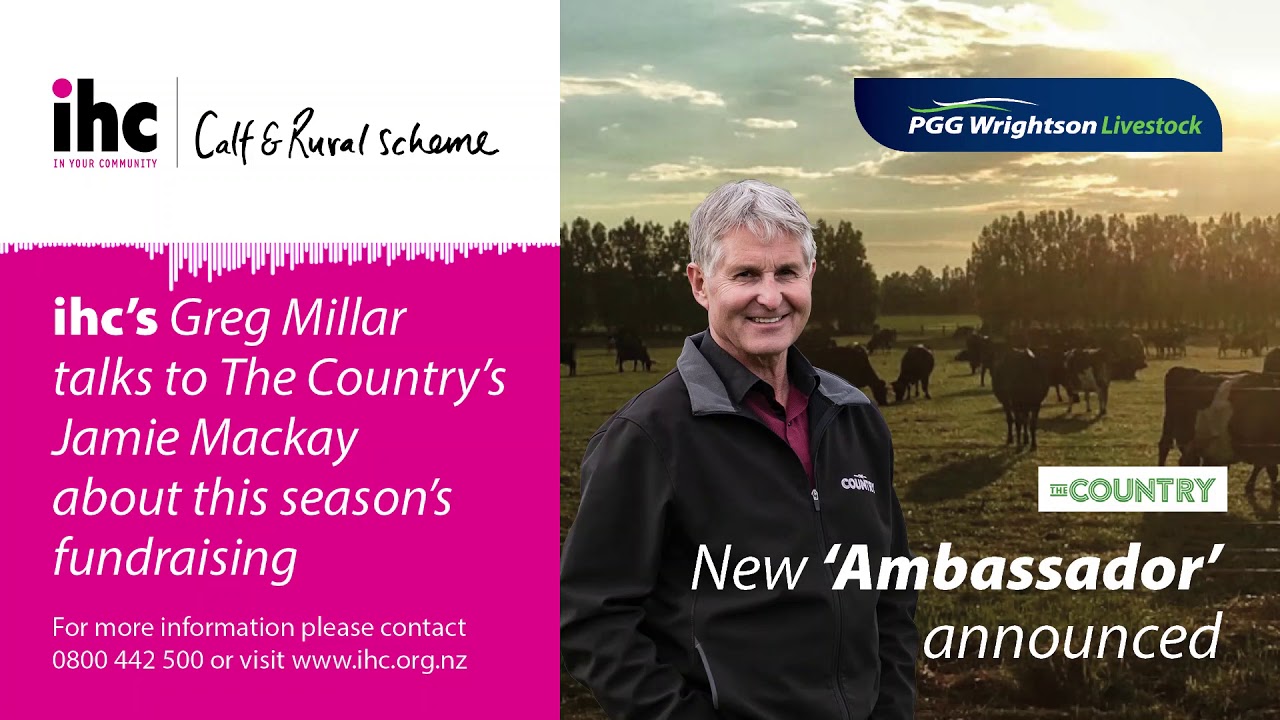 Greg Millar, National Manager of Fundraising for the IHC announces a new ambassador for IHC Calf & Rural Scheme, to follow in the huge footsteps of Sir Colin "Pinetree" Meads.

Listen to the full interview with the Country's Jamie Mackay. 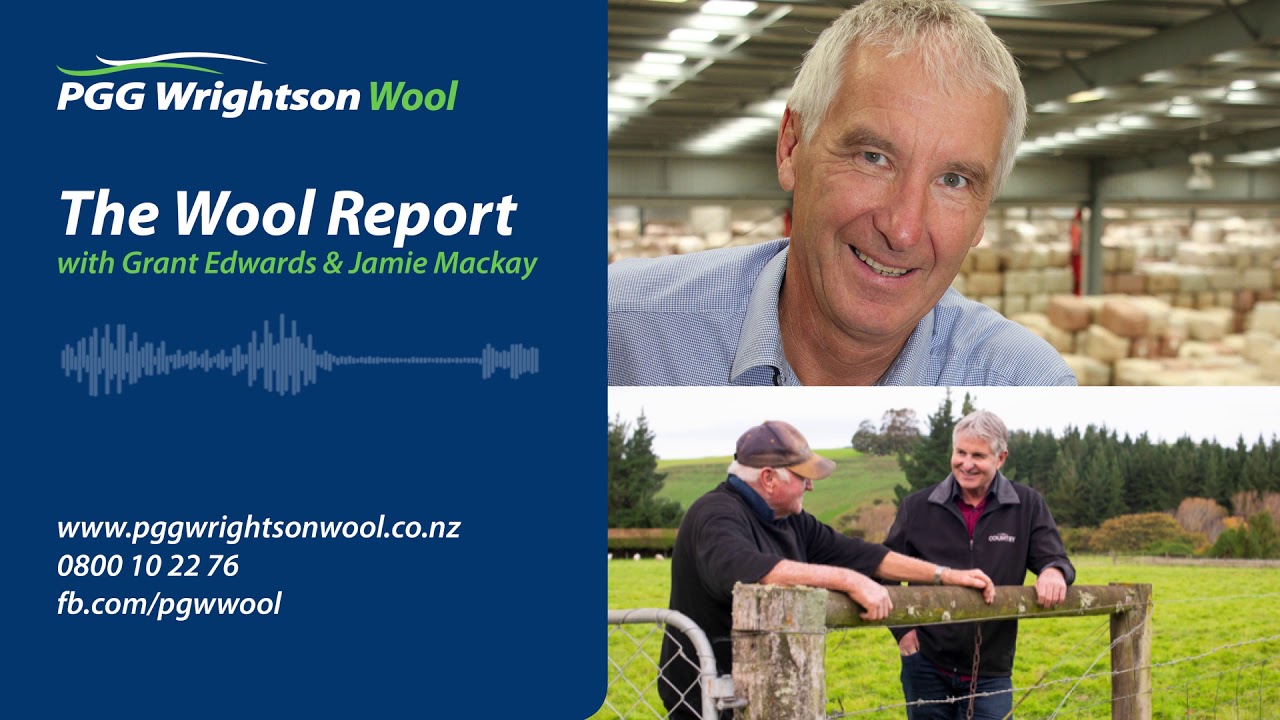 Bull sales around the country are going ahead but in a very different way to normal.

Stewart said some clients had decided to push sale dates back and carry on as usual.

“Many people would prefer an onfarm auction, but with the Covid-19 restrictions there are a lot of challenges around social gatherings.”

He said PGW wanted to help offer solutions for clients to sell bulls, as it was a significant part of their income, and farmers still needed bulls to get cows in calf. People have taken up the option to use Bidr and carry on with their sale dates.

Stewart said a lot of work was going on behind the scenes conditioning buyers and sellers on using the technology and offering support for those who needed it.

“Bidr is owned by PGW yes, but it’s open to anyone, and it’s supporting a Kiwi business.”

He said regional livestock managers were being conditioned on how people sign up, how to use Bidr, that their understanding is with technology and how to help them. They can sign people up on their behalf if they were struggling.

“It’s about the bigger picture and helping the whole country.”

Viewing bulls was an obstacle to overcome and farmers needed a safe plan for this to happen at alert level 3.

He said it might be by appointment only, so vendors might have an open week. People could still make their selection in the flesh while practicing social distancing and observing government protocols. Others are choosing to put their trust in their livestock rep to make the selection for them.

He admitted it would be a big change for many but believed there could be positives come from it.

There would be big cost savings for people in going online. If it’s successful, people might choose to utilise it in the future.

He doesn’t believe onfarm auctions would disappear, but there was likely to be different platforms and options to sell bulls.

PGG Wrightson Wool general manager Grant Edwards said it was thanks to the hard work between the industry and MPI that the wool supply chain has been able to work through the different status levels caused by Covid-19.

Under alert level four they were able to shear sheep where required and mobilise the delivery of high density scoured bales for wool shipments to meet contractual export agreements.

He said MPI provided direct guidance on what could and could not operate under the different status levels and further outlined the strict protocols that the industry has operated under.

“Largely, overseas wool markets have been closed although some future business is now being written with China.”

Many overseas clients are also requesting delayed shipments for contracts.

No auction sales were held throughout April, but they resumed late May with one North Island sale and one in the South Island.

Edwards said working and interacting with each other was important in the timing and volumes offered at these auction sales, as was the need to take into account farmer cashflows.

“It is a matter of balancing the unknown nature of future market levels with a responsible auction sale programme.”

Rural Livestock’s Simon Cox said the timing of lockdown did take some pressure off the meatworks because they were limited for space.

“Combine that with lack of feed from droughts, and then add in lockdown, and it was the perfect storm.”

Despite this, he said it was a tough few weeks, and everyone worked hard to ensure they got through it.

He said 70% of their business is usually done outside of the yards, and during lockdown there were lots of calves to shift which would have gone to the sales.

“It was hard work, but my guys were able to get on with it and move pretty much everything privately.

There was a lot of phone work, but we got there.”

As an essential service, there was extensive logging of his staff’s movements.

“We were planning 10 days prior to lockdown, saying ‘what if what if.’”

The meat companies operated at 50% then 75%, so there was a shortage of space to process prime stock.

He expects June bull sales to operate at some sort of normality and will be dependent on New Zealand operating at alert level 2 or less. Online sales have been a successful option too.

Veterinarians are used to working at a fast pace, but during lockdown this was not possible.

A spokesperson for the New Zealand Veterinary Association said most consults were conducted over the phone or video call, and individual clients were only allowed to enter the building when absolutely necessary.

For many owners this meant dropping their pet at the door and sitting in the car for a phone interview with the vet seeing their pet inside.

An unavoidable home visit meant pet owners often putting their animal outside while speaking to the veterinarian over the phone or through a window. A house or ‘bubble’ entry required full PPE.

It was easier for the large animal veterinarians, as physical distances were much easier to maintain outdoors.

Revenue is down at Farmlands due to the lockdown. Droughts hit revenue pre Covid-19.

Chief executive Peter Riedie said less foot traffic for retail and a hit to their card and fuel businesses also made a significant impact.

A click and collect service at Farmlands meant they could operate as an essential service under lockdown and into alert level four, and into level three where stores were still closed.

The temporary webstore did four times the volume of sales in one week than it did in an entire year.

“That is a huge change in buyer behaviour and it remains to be seen if this will be a long-term change.”

The first day of trading under alert Level 2 was encouraging but not their busiest day by any stretch.

“We do not expect to see a significant uplift on the back of the move to Level 2.”

Farmlands applied for and was granted a wage subsidy by the Government.

Riedie said the co-operative will need to adapt to the changing behaviours and requirements of shareholders as they deal with uncertainty surrounding exports and global factors.

“We have to look at our ways of operating and cost base to ensure we get through this.”

Assessing the future of Saturday trade at some of their stores will be part of this.