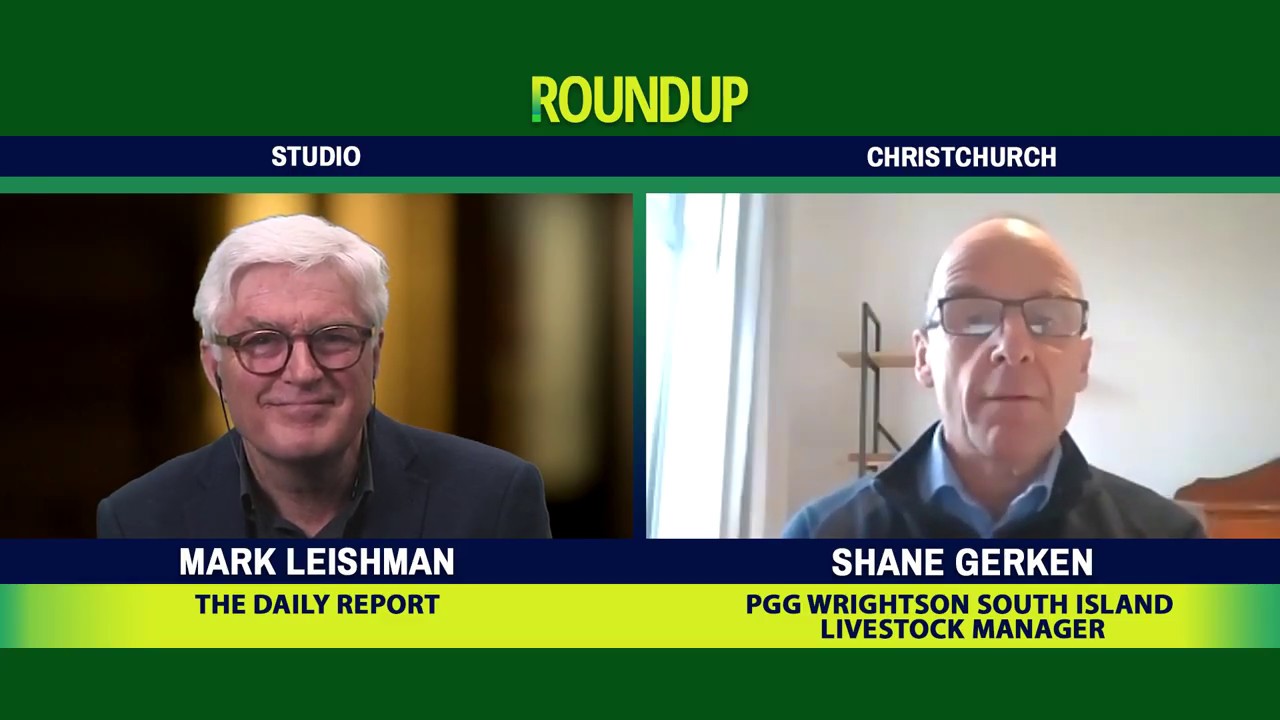 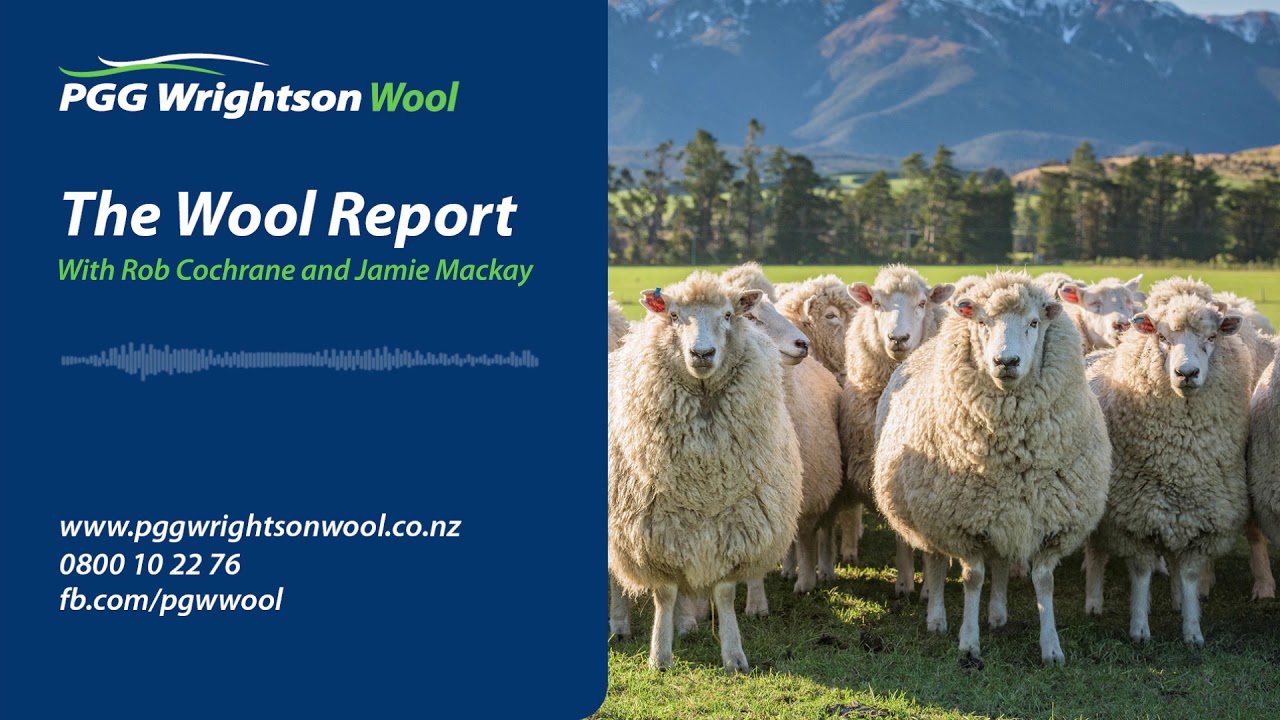 The 2019/20 wool season wrapped up yesterday with 17 thousand bales on offer across both islands, and there are a lot of growers still resisting and holding onto wool.

Mid-micron and crossbreed growers may be concerned that they were losing as much as 50 per cent compared to last year, Cochrane said.

Mackay said that from a historical perspective, the wool market had never seen a slump like this.

Cochrane agreed, reflecting back on 1969 when wool prices were around 23 cents per pound.

It was criminal that prices continued to fall, Mackay said, with Covid-19 still affecting the market in terms of boarder restrictions, imports, and offshore processing.

Cochrane added perspective by saying the price of wool had gradually been going down over the past few years, and people don't necessarily have the money to buy wool.

Mackay noted that until there were alternate sustainable long-term uses for crossbreed wool, the industry was "buggered".

Cochrane agreed, but stressed that traditional uses of wool, such as carpet and internal furnishings would still help the industry in the long run.

Traditional shearing competitions season-opener, the New Zealand Merino Shears has been cancelled this year, as organisers work to mark its 60th anniversary post-Covid in style in 2021.

The championships in Alexandra were to have been held on October 2-3.

The NZ Merino Shears usually attracts over 100 shearers and woolhandlers and is the only fine wool competition on the Shearing Sports New Zealand calendar of almost 60 shows each summer.

The cancellation has also led to the axing of the 2020-2021 National Shearing Circuit, of which Alexandra has been the traditional compulsory opening round.

It also impacts on the annual home-and-away transtasman series, with the two competitions providing two of the three shearers in the New Zealand team each summer.

Incorporating a final for the McSkimming Memorial Triple Crown at the Golden Shears each March since 1973, the circuit had already been hit by the cancellation of this year's New Zealand Agricultural Show which would have staged third-round event the New Zealand Corriedale Championships.

The cancellation of the Alexandra event was confirmed by New Zealand Merino Shearing Society chairman Greg Stuart who said it was "due to the pandemic".

The Covid-19 crisis has had severe impacts, as it had across the country and the world, he said, and his committee "needed to make the call" about an event which runs on a budget of up to $50,000 – at a time when the lockdown made negotiations almost impossible.

The committee didn't want to "embarrass" or pressure anyone and decided it wanted to guarantee still being around for the 60th year, particularly for the sake of those who had supported the event over the years.

"Some of them have been with us from way back," Stuart said.

The National Shearing Circuit committee is also due to meet in the next fortnight to consider the possibilities as the event heads to the celebration of its first 50 years, including the last 18 known as the PGG Wrightson National.

PGG Wrightson Wool have been sponsors at all five shows in the circuit, along with providing the major prize of a year's use of a Hyundai Santa Fe for the winner, currently Marlborough shearer Angus Moore, who won this year's final less than three weeks before the Covid-19 lockdown.

Meanwhile, the Waimate Shears, which would have included the second round of the circuit, will is "definitely" on October 9-10, said chairman Warren White.

Canterbury show shearing organisers are considering still staging their championships, in a woolshed at the station which provides its sheep.

Later in the season, the Rangitikei Shearing Sports in Marton in February, which would have been the fourth round, will be held on a Sunday as shows avoid a clash caused by the timing of Waitangi Day.

It will provide three competitions within three days with Dannevirke A and P Show on a Friday (February 5), the Aria Waitangi Day Sports on the Saturday (February 6) and the Rangitikei event on February 7. 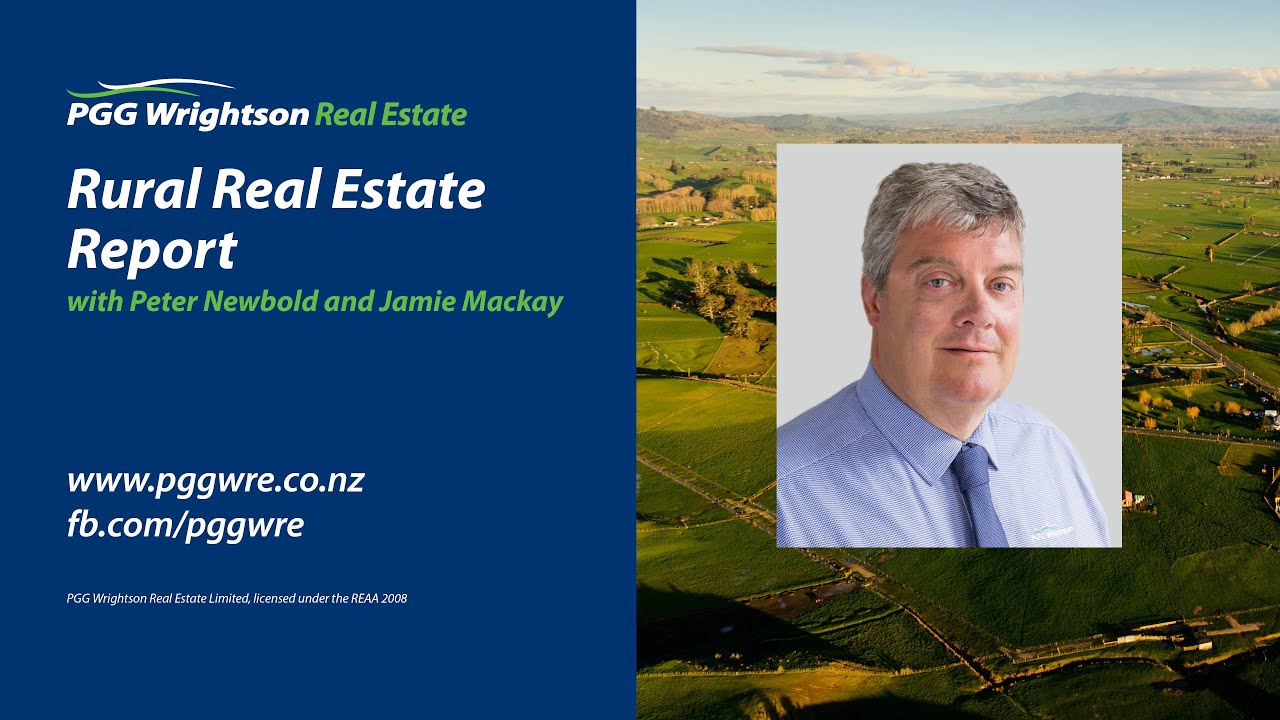 The Country's Jamie Mackay is joined by PGG Wrightson's GM for Rural Real Estate Peter Newbold to take a look at the rural property market this month.

It had been an interesting period, according to Newbold, who noted that a lot of transactions that were supposed to happen over the duration of Covid-19 were now taking place.
In fact, some properties that were on the market for a long time had rechecked their values and had now sold, Newbold said.
The traditionally quiet winter period had yielded some positivity, with an increase of appraisals and some good listings on the horizon, Newbold said.
Mackay queried the increase of lifestyle properties as he believed "Covid has encouraged some people to get out of town".
Newbold agreed, saying Covid-19 had given people from larger metropolitan areas the opportunity to look into the rural market, particularly with working from home capabilities becoming the norm.
Kiwifruit had been praised as the star of the primary sector during Covid-19. Mackay asked if this had impacted the value of the land.
Newbold said this was interesting, as kiwifruit property had been a little bit quiet recently - and there had been pressure from the banks - but in comparison growers had seen a great return on investment.
As for dairy farms, Mackay believed they would be really good buys, as the industry moved out of a $7 NZD payout season.
Newbold agreed, saying milk products would always be in demand and as long as the return on living was adequate then it could be worth it.
Mackay queried the performance of sheep and beef properties, and the potential for the declining wool and lamb market.
Sheep and beef had held it together really well, compared to other sectors, Newbold said.
"We're starting to see demand from people who weren't traditionally active in that market place".

Property of the Week: Endless options at "Moa Flat"

"Moa Flat" is a diversified property with many possible income streams. Run as an intensive cropping, finishing and calf rearing operation that could be reinstated to a working dairy unit with the consent to milk 360 cows. Other options could be to diversify into sheep / goat milking.

Our Bidr Hybrid auctions are leading the forefront of our Bull sales for 2020.  This has enabled the introduction of online selling and on farm auctions to integrate with a driving force in the market.

We are already at week 5 of a 6-week selling season and prices are tracking above expectations across all breeds.

Week one of the selling season averaged $6k across all breeds - $7,500 for Angus and $6,800 for Herefords. As we have moved across the country the results are yielding another $1,000 across the breeds.

This confidence in the agricultural industry is pleasing given the current challenges we face, even though bulls are seen as a commodity product, the added value down the track has major benefits for traceability, quality eating and market trends.

Our top priced bulls have fetched anywhere from $20,000 to $68,000 across the Hereford and Angus breeds for stud duties.

With the dairy season now finished and the new season underway, it is great to see that gypsy day is behind us and many farm and staff changes have taken place.

Our teams have been busy with herd settlements over the past month and it is pleasing to see that given the drought conditions along with the Covid hurdle, these settlements have gone extremely well. Vendors need to be commended for their efforts in what has been a challenging Summer/Autumn for cow condition and production.

Currently we are busy signing up bobby calves for our partnership with Alliance in the South Island and Lower North Island with calving around the corner. Please discuss with your livestock rep regarding options, it’s a great time to get all of these things in place now so you don’t have any delays with tags once calving begins.

Our Friesian heifers are still generating significant interest from China with delivery options from August to October currently available. This is a great way of making use of any surplus heifers and converting these into early season cash which is always important to have available. Please contact your local PGG Wrightson rep to discuss further.

The team at PGG Wrightson wish everyone well for the dairy season ahead and encourage you all to have a break prior to the busy spring period ahead on the farm. 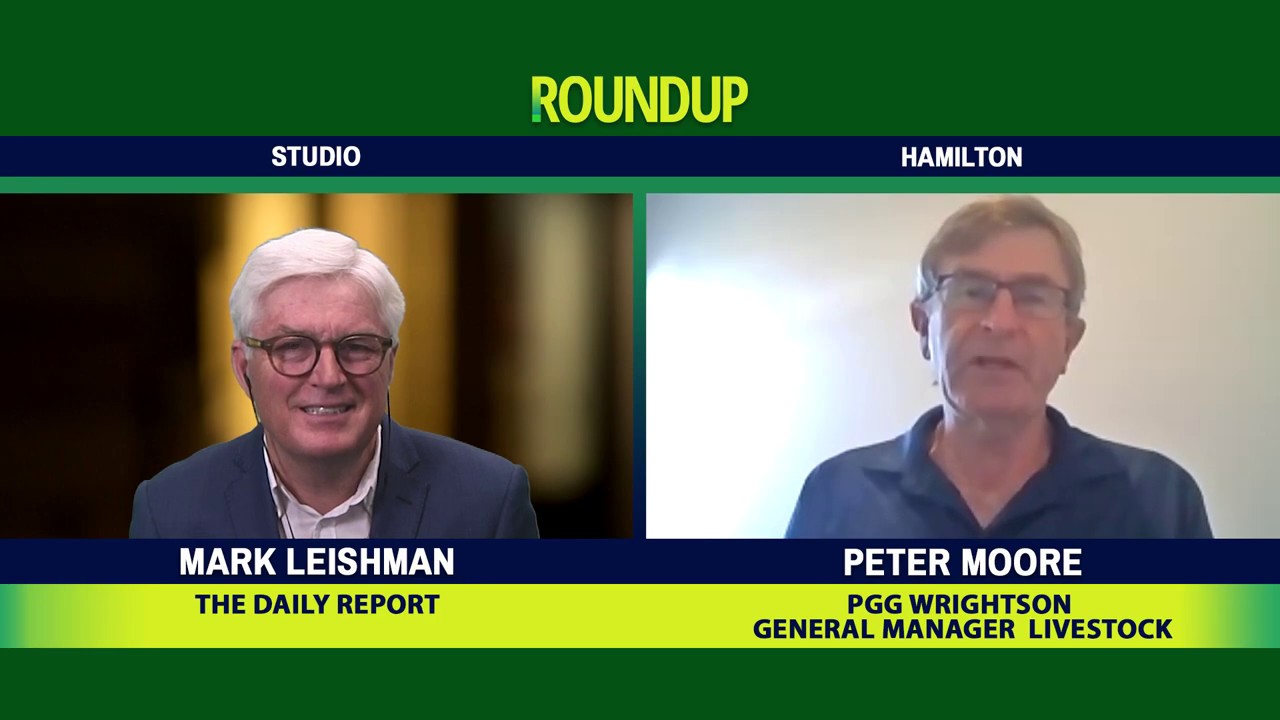