Property Report: Rural Real Estate is on the rise

The Country’s Jamie Mackay is joined by PGG Wrightson’s General Manager for Rural Real Estate Peter Newbold to take a look at the rural property market this month.

Mackay cracks into it talking about Fonterra’s recent activity and queries corporates investing back into farming. Newbold confirms and notes that the increase of corporate investment and even the addition of some individuals are seeing farming as a good place to invest.

Currently there is an increase of activity in the rural market and properties are selling well for this time of year. Newbold feels that there will be a strong run up until Christmas.

Mackay says that investing in farming has now becoming a yield story rather than a capital gains story, and there is no short of people looking to get our if they can get their monies worth.

Newbold agrees and adds that there is a softening in the approach as far as money available to invest in rural and there is an increase of properties valued in the 7-12 million dollar bracket selling in the current market.

Kaahu Genetics are one of the first in New Zealand to be offering Kaahu White Shedding Rams – Kaahu purchased Australian White rams from Tattykeel Stud in Australia and also purchased 43 Australian White Stud ewes and imported in the same shipment to NZ, The breed can be described as hardy, heavy weight lambs that reach slaughter weights early. The Australian White was developed to be self-replacing, haired, meat sheep that requires minimal maintenance. It is suitable for a variety of environments and are adaptable to cold and hot climates. Their growth rate is repaid and finish well on grass. They do not require shearing and negate the need to treat them for parasites. This is an easy-care animal that is very profitable. Click below to view a sample of Kaahu White Ewe Hogget’s and Rams below.

Kaahu Genetics will be livestreamed on Bidr 20th November 1pm.

On Monday 23rd November at 11am McMillan Wiltshire’s will have their annual sale held at the Te Kuiti saleyards. These rams need no introduction as the McMillan family would have been one of the first pioneers of the self-shedding breed. On offer again will be 100 2th rams which have been run on the hills at Ongarue and are renowned for their carcass conformation and soundness over many years.

In their first year of selling Wiltshire rams Ipurua Wiltshire - will be having an on-farm sale on Monday 23rd November starting at 2pm and Livestreamed on bidr®. Ipurua Wiltshire has been focusing on improving the FE tolerance within the breed, dosed at .24 this year. This is complemented with a strong focus on producing sound hill country sheep. All ewe and ram hogget’s are body scanned and the flock is fully SIL recorded.

Moerangi Wiltshire sale to be held at the Te Kuiti sale yards on Wednesday 25th starting 1pm. Moerangi will be offering 70 2th rams and 100 2th ewes which have been selected from a flock of 3,000 ewes. These rams and ewes are bred on steep coastal country at Kawhia and are run very commercially. Strong emphasis on carcass conformation and full self-shedding.

Otangiwai self-shedding sheep - will be offering 50 2th rams at the conclusion of Moerangi sale at the Te Kuiti sale yards. These rams are bred on the hills in Matière which is a very hot eczema prone region. Once again very good carcass rams which have been selected from a flock of 3,000 ewes. 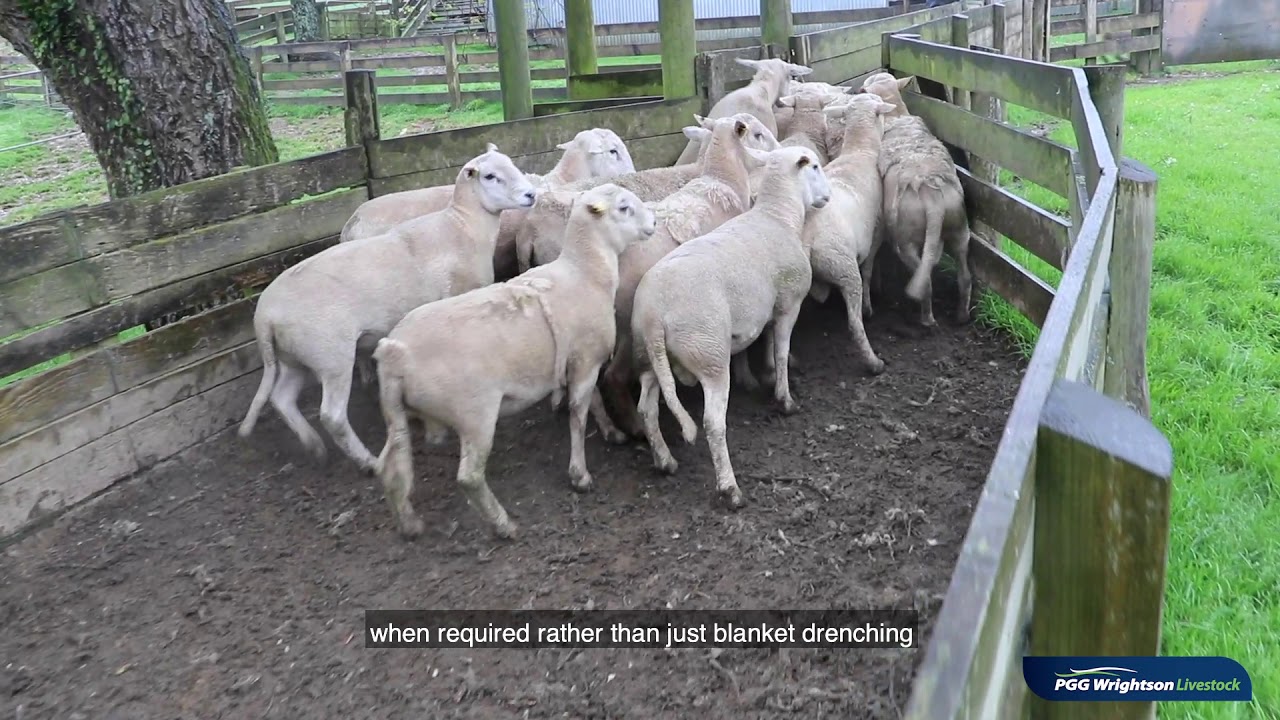 The number of cattle coming forward to the market in the spring has been larger than recent years as farmers off load as areas such as Canterbury and parts of Otago have become dry. Also not helping is the cold and wet conditions in the South, limiting feed availability.

The store cattle market has eased over the last two weeks as buyers become more selective in their purchases. There is still interest in traditionally bred steers.

Some South Island vendors have chosen to funnel cattle into the North Island Market where prices have been more competitive although the North Island has come under pricing pressure due to volumes of numbers coming forward.

The spring yearling bull sales are finished for the season and have brought strong results for all our breeders. Bulls have been presented to a high-quality standard and partially due to a kind winter, this has been a real credit to our breeders producing animals fit for purpose.

Demand for Heifer mating has reflected in good clearances and averages despite there being more bulls offered around the North Island.

Rangatira Angus in Gisborne held the first of their two-part Female dispersal – Results proved to be very strong, 54 2-year-old Heifers averaged $5,207 with a Top price of $17,000 – 69 Yearling Heifers averaged $4,036. This catalogue was also Livestreamed through bidr® which proved to be a great advantage and a third of these animals were sold online.

Our Nationwide Genetics team are here to help you achieve Better Business Results.

Matching the right genetics not only to the environment but meeting the needs of the farmer and their management system will maximise the opportunity to realise the genetics you have in place.

Click here to get in touch with our genetics team.

As of 1 October 2020, we have had a change of leadership in the Livestock business.

Peter Newbold, currently General Manager Real Estate, has been appointed to lead Livestock (in addition to Real Estate), as we advance the evolution of the business. In this role of General Manager Livestock & Real Estate, Peter will provide strategic and operational leadership of both teams to ensure the delivery of the commercial objectives of the respective business units. Peter has a long history of working in the agricultural sector, understands our people and our customers, and knows what it means to lead a sales workforce. With the exception of the bidr® team, all of the Livestock business will report to Peter, alongside the Real Estate team. Recently Peter has been out in the business visiting different Livestock teams and clients throughout the country and he looks forward to his new role as the General Manager Livestock & Real Estate.

In line with our strategic imperative to continually transform our Livestock business to one of adding value for not just PGW, but all participants in the supply chain, Peter Moore has moved into the new role of General Manager Livestock Ventures & Partnerships. In this role he will focus on delivering new international and domestic supply chain initiatives that will add value and grow the Livestock business. He will also retain stewardship of the bidr® business and the bidr® team will continue to report to Peter. Peter has a successful track record in delivering long term strategic initiatives into the Livestock business via Go Products and the bidr® platform and has well established international and domestic networks to continue to assist PGW to advance our strategy.