The Country's Jamie Mackay is joined by PGG Wrightson's General Manager for Rural Real Estate Peter Newbold to take a look at the rural property market this month.

The market has had a few good months, said Newbold, who explained that July, which was usually a quieter month, had been the best it's been in the past six years.

Not only that, but August was tracking to be just as good.

There was still an increase of activity in the rural sector, particularly for lifestyle properties - especially those closer to larger metropolitan communities, said Newbold.

At the moment, the key properties were sheep and beef, said Newbold. There were also signs to indicate horticulture was on the rise.

Mackay noted there was evidence to suggest that lending institutions were "playing ball for the right clients."

Newbold agreed, adding that there seemed to be more of an appetite to lend money and the rural sector was a safe place to invest compared to other areas that are under pressure from COVID-19.

Real Estate
Back to Latest News 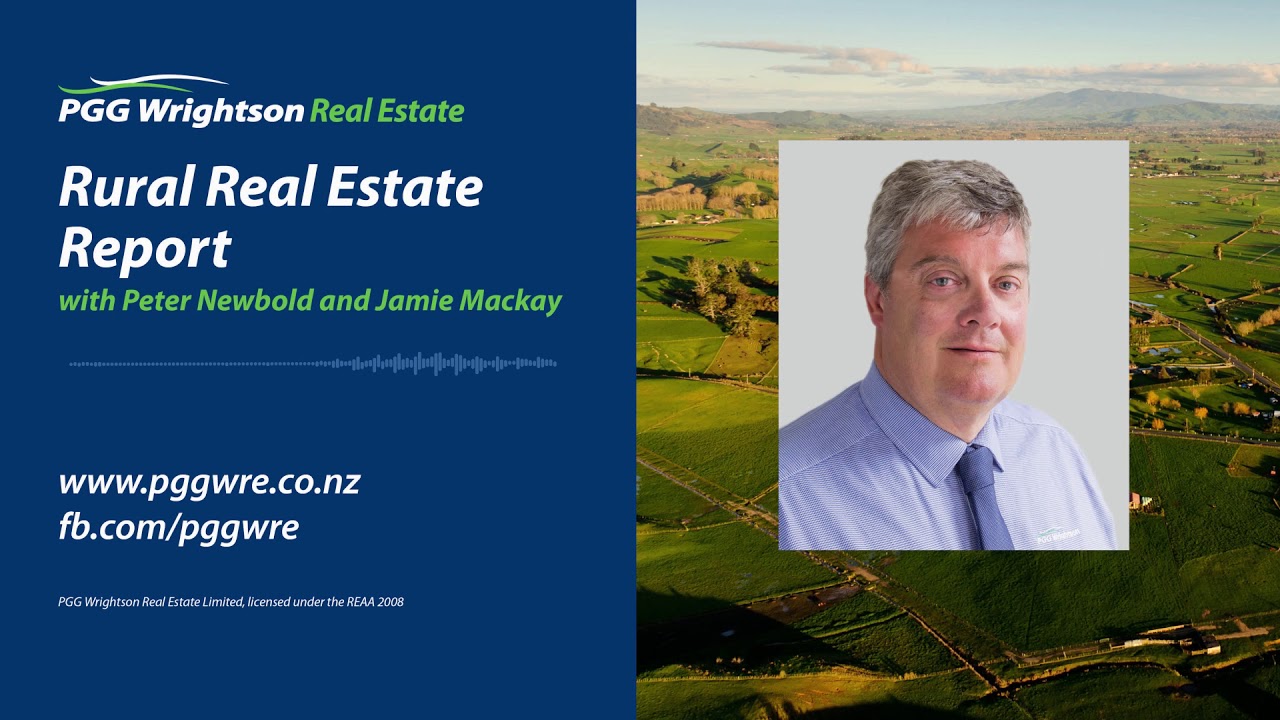 Mackay asked Newbold to crunch the numbers and report on how much the rural market was behind - in terms of volume - in comparison to 2015/16.

In 2015 the rural market was just short of $4 billion in sales, compared to 2020 which was just over $2 billion, "so you can see there's been a real decline" Newbold said.

The rural market continued to be overshadowed by the lifestyle market.

Mackay and Newbold discussed the potential change in attitude towards the rural market; post Covid-19, as those in metropolitan areas looked to move to pastoral properties.

There had been a lot of interest in provincial New Zealand where many towns were supported by the rural industry, Newbold said.

In addition, the costs of these properties were better value compared to the metro markets, he added.

Newbold reckoned they were, and the past few weeks had seen signs that a number of listings were on the up and with comparable prices.

To view properties and more real estate news head over to www.pggwre.co.nz

We are happy to announce the winners for our recent national awards. Congratulations to our successful colleagues and thank you to everybody for all your hard work of the past year.

Check out the impressive results here:

Rural Lifestyle on the rise

The Country's Jamie Mackay is joined by PGG Wrightson's General Manager for Rural Real Estate Peter Newbold, to take a look at the rural property market this month.

There had been an increase in interest around rural properties. Newbold put it down to low interest rates and, from an investment perspective, property had been always been safe.

"If you buy it right then you'll get a good return ... the lifestyle is something we all enjoy."

For the first time in four to five years all sectors in rural were moving forward. In addition, traditional selling periods were changing.

The dairy industry had stalled recently, however, as Newbold pointed out, some dairy farms had sold where the vendor had provided a good price with a fair return.

"Kautuku" is a multi-purpose farming business on the doorstep of Hastings. Situated some 10 kilometres west of Hastings, this 420 hectare property has it all. The options here are endless and the current owners of thirty plus years are handing it on in great heart.