Trade in dairy livestock has been positive this spring, with farmers encouraged by reasonable grass growth and favourable forecasts for this season’s dairy payout.

“Although demand is steady, we are seeing lower numbers of dairy beef weaners reared than in the past, which is likely to become prevalent in the next couple of months, when those available will be even more highly sought after. Dairy beef is a significant part of the livestock trade and we may transact those cattle three or four times in the course of their lives. If those numbers are down, it will have a flow on effect for beef farmers when availability becomes shorter than we might normally expect.

“Dairy beef weaner prices are back on last year, on average by around 10 per cent, though calves are also cheaper for rearers, so margins will remain about the same,” he says.

Herd listings for forward sales on 1 May and 1 June are now appearing in the market.

“Early enquiry for herds has been steady. Stock quality is encouraging. However, any farmer considering selling a herd through the course of the season should make contact earlier rather than later. It helps to plan a marketing strategy in advance. Anyone who leaves it too late will find that some buyers have already made their decisions,” says Jamie Cunninghame.

Demand for in-calf heifers may outstrip supply as the season progresses.

“With the quantity of stock that has gone to China this year, in-calf heifers may be in short supply later in the season. Ensuring quality will be a factor for buyers,” he says.

Meanwhile, after a sustained period with little activity, dairy farm sales are rising around the country on the back of low interest rates and investors recognising the good returns that land and agriculture represent relative to alternative options in the current climate. These transactions are likely to have a flow-on effect into the livestock market once properties start settling.

Dairy
Back to Blog 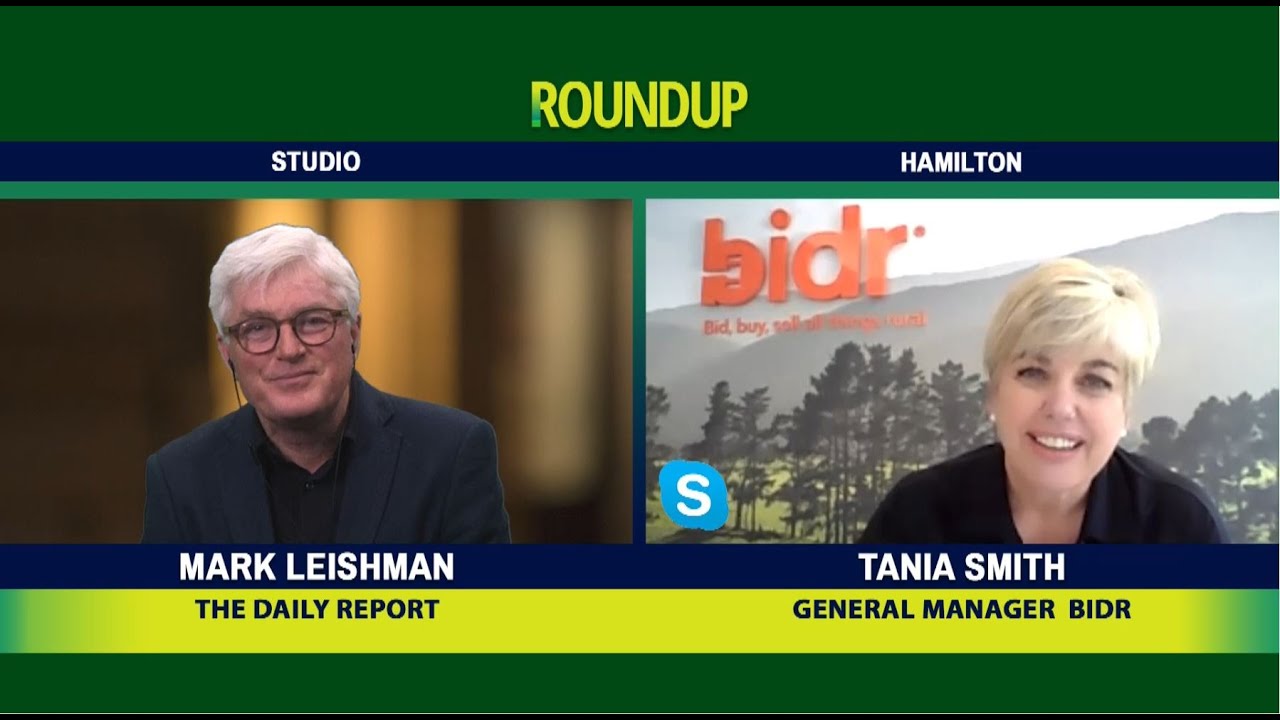 Tania Smith, General Managed of bidr, joins Mark Leishman on Country TV with an update on how bidr is settling in with the livestock industry.

bidr® continues its commitment to offering buyers and sellers of livestock a seamless online experience whether they are bidding at an on-farm or saleyard auction.

bidr® recently introduced its on-farm hybrid livestream auctions for on-farm/auctioneer sales which fully integrate on-farm sales with bidr®’s online trading platform. On-farm hybrid livestream auctions allow those who want to retain their traditional on-farm/auctioneer sale to reach buyers from across the country and enable farmers in remote locations to bid for stock alongside those physically at on-farm sales.

bidr® will now expand its livestock trading platform with the launch of livestreaming auctions at saleyards, to be offered to saleyards from March 2021.

Tania Smith, General Manager - bidr, is excited to bring livestreaming of saleyard auctions to the market. “Our livestreaming of saleyard auctions offering will build on the success of bidr®’s on-farm hybrid auctions which have been very well embraced by the livestock genetics community and increasingly being utilised for a variety of on-farm sales from commercial cattle sales to ram and stag sales. We have had some highly successful on-farm hybrid sales, with more than 40% of some catalogues attracting online bids and then selling up to 15% of those catalogues online.”

Since launch in June 2019, bidr® has grown to eight Accredited Agencies, and has hosted more than 220 online auctions, with approximately one-third in the on-farm hybrid livestream format.

Peter Newbold, PGW General Manager Livestock and Real Estate, said “The introduction of livestreaming saleyard auctions is a significant enhancement to bidr®’s offering. It increases the visibility of saleyard auctions and expands the pool of buyers as farmers can buy and sell beyond their traditional geographical localities, giving them more market access, more knowledge, and more choice. The traditional saleyard environment that will be available as a livestream auction will provide farmers new to online auctions with the comfort of a familiar environment.”

*bidr® is a wholly owned subsidiary of PGG Wrightson Limited