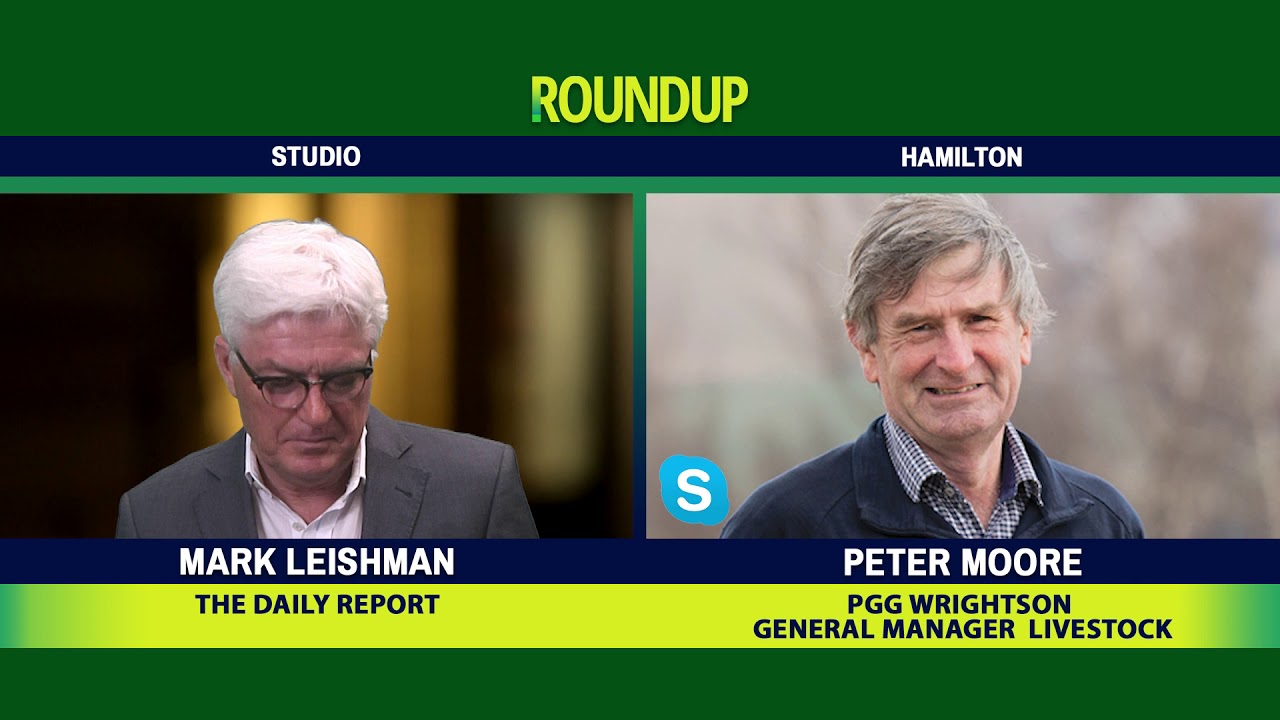 PGG Wrightson Livestock General Manager Peter Moore joins Mark Leishman on the daily report to discuss how the livestock market is tracking as we wrap up November.
Sheep Beef Dairy
Back to Blog

Flystrike is an awful disease, where struck sheep can die within 48 hours. Early signs of flystrike can be difficult to observe, so prevention is your best option.

Wairoa-based sheep and beef farmer, Jonathan Neilson relies on Cyrex™ Liquid for the prevention and treatment of flystrike, as it has proven to be effective year after year.
Jonathan is Farm Manager at Pihanui Station, which is 1,360 ha, mostly south facing and typically rolling hill country. The station is home to approximately 6,500 Romney sheep, with 1,100 head of cattle grazed over winter.

The Pihanui team work closely with the team at PGG Wrightson Wairoa. “We do all our animal health and cropping through PGG Wrightson and really value their input on-farm,” says Jonathan. “I probably talk to Store Manager, Michael (Redward) at least weekly.” Pihanui Station is also supported by PGG Wrightson Technical Field Representative, Paul Kahaki.

Michael notes that weather and flies probably provide the biggest challenges to farmers in the area. Situated north of Napier and south of Gisborne, the environmental conditions are both a benefit and a challenge to sheep farmers. There are dry and humid conditions from about mid-November through to April. The heat and humidity through summer and autumn create ideal conditions for fly activity and the animals are hugely susceptible to flystrike.

“Of course, the weather is changeable. This year, we saw flystrike cases as late as July!” explains Michael.

“Cyrex Liquid has worked to protect and treat the sheep on Pihanui Station for several years,” Michael notes.

“It is a good product for preventing flystrike, but it also kills any live maggots on the sheep. I believe it is one of the most superior dips on the market for longevity on the animal.”

“Most farmers use it during flystrike season, some also use it on rams prior to mating for protection against lice,” Michael adds.

Cyrex Liquid is designed to eliminate flystrike, maggots and lice in sheep. It provides flystrike protection for up to 12 weeks, depending on the season.

In Jonathan’s opinion, Cyrex is gentler than other products he has used in the past.

“I like Cyrex because it’s not as hard on the sheep, other products used to burn their skin,” he says. “It is also more effective in small doses, it does not take much to treat a sheep with active flystrike.”

Cyrex contains both Cyromazine and Spinosad, making it highly effective in killing flies and maggots. With no organo-phosphates, it is also safer for humans to handle. For best results, Cyrex should be applied to dry wool.

“We like the 12 weeks of protection for peace of mind. Plus, it is guaranteed to kill any maggots on the sheep, so we don’t have to physically check every animal,” Jonathan adds.
Jonathan and his team treat the hoggets with Cyrex at the start of November. Every other sheep is dosed at the end of November, at weaning. The lambs are treated again post-shearing and the ewes again pre-mating (normally mid-February).

“Cyrex is very reliable,” concludes Jonathan. “It costs a bit, so we wouldn’t use it if it wasn’t effective!” 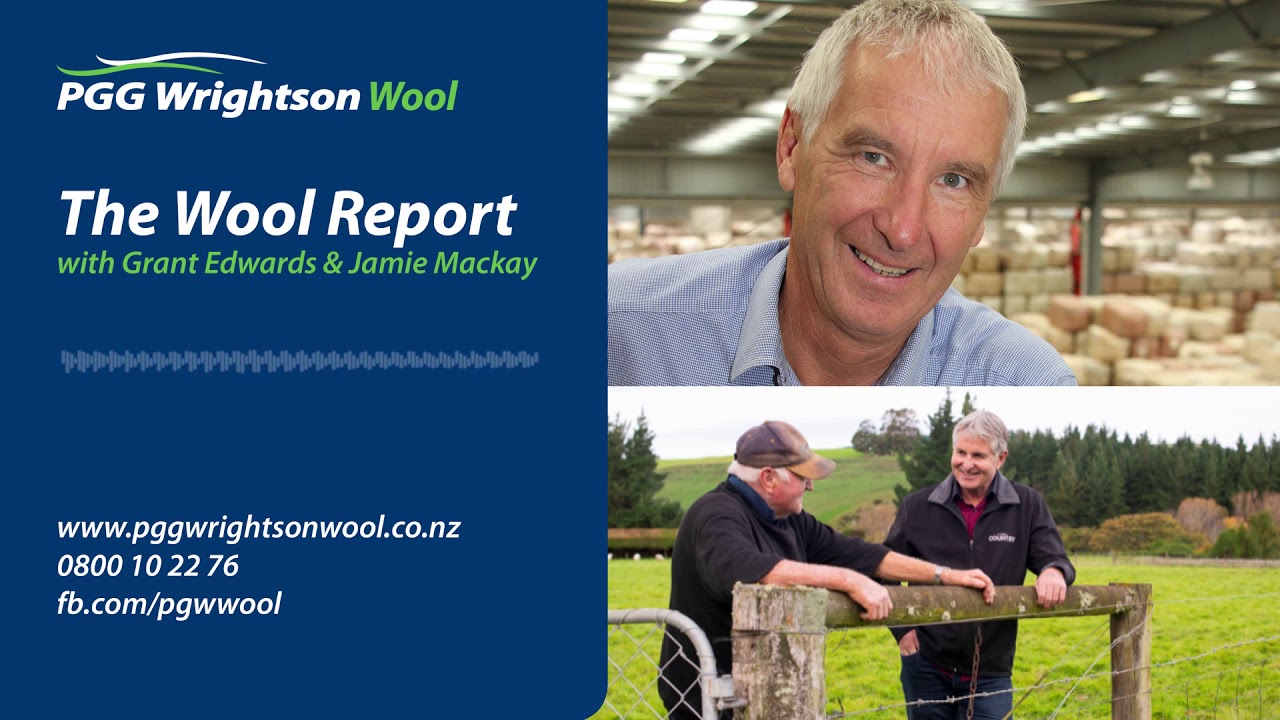 This week The Country's Jamie Mackay catches up with PGG Wrightson's GM for wool Grant Edwards to talk about the wool industry.

Since their last chat, Edwards says that the market has been steady across the board for all wool types.

Wool auctions have been at the A and P shows in Hawkes Bay and Christchurch. These have resulted in strong volumes of wool and great to see support for the market.

The Christchurch auctions turned around about 7.2 million dollars of wool within 4.5 hours of selling. Edwards mentions that this is a great show piece for farmers to see their product selling

Traditionally at this time of year the bulk of fleece wool comes off as lambs are weaned off and shearing begins.

Mackay mentions that the harvest of the wool clip is spread out over 12 months, compared to the traditional mad rush September – January shearing season. Edwards agrees as there is a lot more second shearing now.

Wool preparation and contamination continues to be an issue as Mackay brings up the discounting of wool due to staining by permanent markers at scanning time.

Edwards adds that preparation is always key and that it comes down to the farmers paying attention to this at the time of shearing.

Mackay notes that it has been very wet in some parts of the country and this might result in yellowing and discolouration. Edwards adds that this could be the case, particularly with Southland and humidity in the North Island, but it will just be something that farmers will need to keep an eye on.

Mackay wraps up by mentioning that the IWTO (International Wool Textile Organization) conference is in Queenstown next week, and that it is great to have international wool partners come to New Zealand to discuss the future of wool.

Auction results from the season so far: